Death of an Angler

The week since my last post was marked by the death of an angler in the Tongariro River. Mike Watson, reporter for the Dominion Post wrote on Thursday 23rd February ” An angler, whose body was found in the Tongariro River, was a British writer who travelled the world chasing fishing adventures. Jeremy Norris, 45, was a frequent visitor to Lake Taupo and was described by friends as the ‘ultimate fishing bum’ who devoted his life to trout fishing.” His body was found in the Mill Race below Cattle Rustler’s Pool.

There are few anglers on the river at this time, and early reports indicated that his body had been in the water unnoticed for 3 days.

Those who have fished the river over the years, and may have taken a tumble in the river, will know how dangerous the river can be. The river level can be marginally higher creating a greater force of water, where the day before you were able to cross easily. I witnessed an angler, early in 2011, take one step too far on a sand bank at the head of the Bain Pool, which resulted in him swimming to safety some 50 meters downstream.

I make no claim to know the circumstances of the death of Mr Norris. I can only say that anglers must take great care when wading.

I took some photos from the left bank on Wednesday, in the rain,Â  and from the right bank on Thursday with the river in flood and a changed scene.

The braided area of the river has developed since 2004 from the Bridge pool through to the Reed Pool today. An aerial photo of the braided area in 2004 shows the Braids as the area between the Bridge Pool to the Bain Pool. 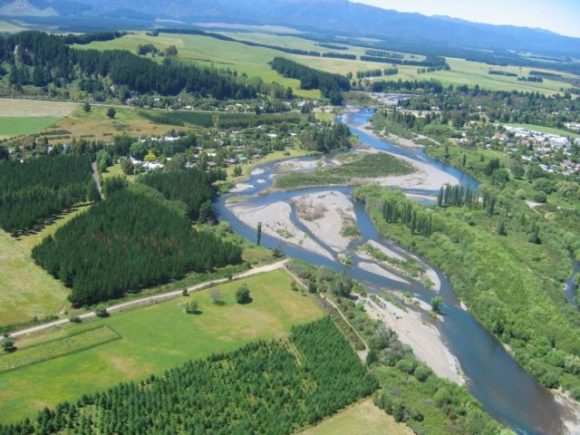 The river at this time was still in one channel hugging the left bank before making a significnt turn at the tail of the then Swirl Pool to the right and then flowing against the right bank in the area known as the Plank Pool. The area of gravel deposit is showing signs of the river starting to make channels over it. On the right of the Bain Pool are signs of water channels. Above the Bain, water is running through a channel from the Honeypot to the Bain and a second smaller channel is running parallel to the Plank Pool.

From the Honeypot to the Plank Pool.

From the Bain to the Reed up to 2009 the river ran as one channel with a small trickle of water running from the Hirangi Arm into the top of the Reed Pool. 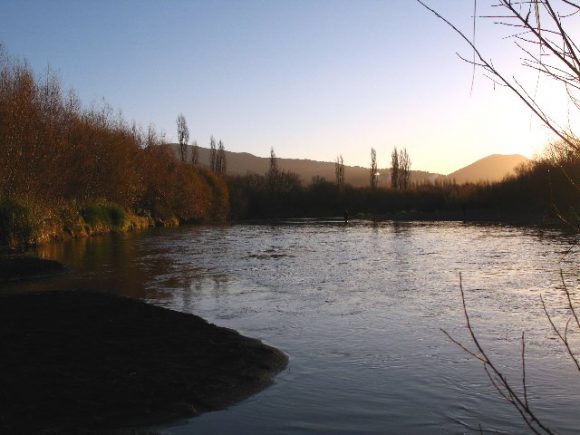 The Bridge Pool remains a single channel running hard against the right hand stop bank. On Wednesday the river after the Bridge Pool flowed in two channels, a significant flow against the left bank returning the Swirl Pool to the flow that was there 3 or 4 years ago, making it a lovely looking fishing pool again,with a second channel running through the centre of the Braids. The right hand channel was dry and being prepared for gravel removal. The area from The Braids to the Reed on the left bank shows significant braiding and these braids come together in the Hirangi Arm to enter the Reed Pool as a significant body of water. Anglers have expressed concern that they cannot cross the Hirangi Arm because of the depth, force of water, treacherous sandy bottom.

This photo looks downstream to the area of The Braids. The river is still one channel.

The day before the flood the Swirl Pool has re established. 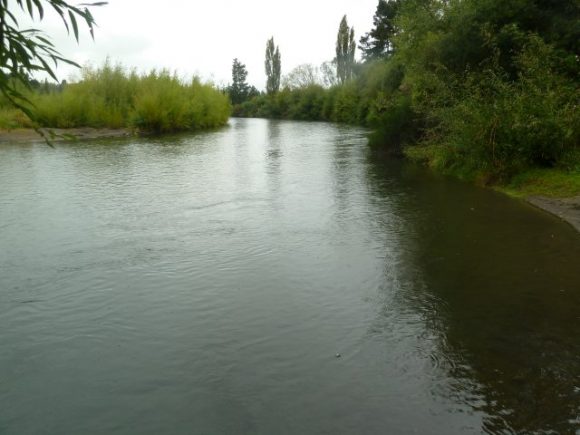 Braiding below the Swirl Pool 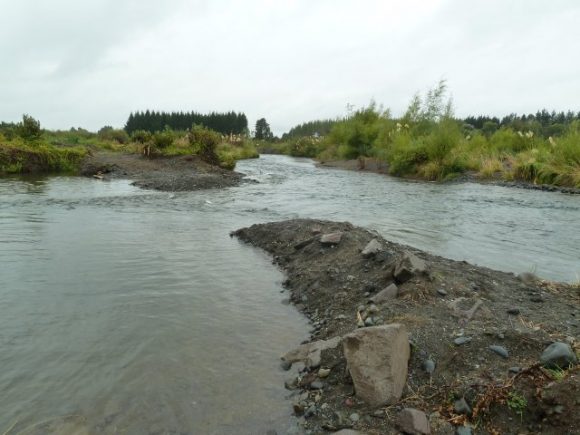 Downstream of the Swirl the river maintains one major channel as far as the channel that ran parallel to the Plank pool. Off that body of water are several other channels. The Plank pool was effectively without flow. Thursday’s flood has still to reveal how this area has changed. 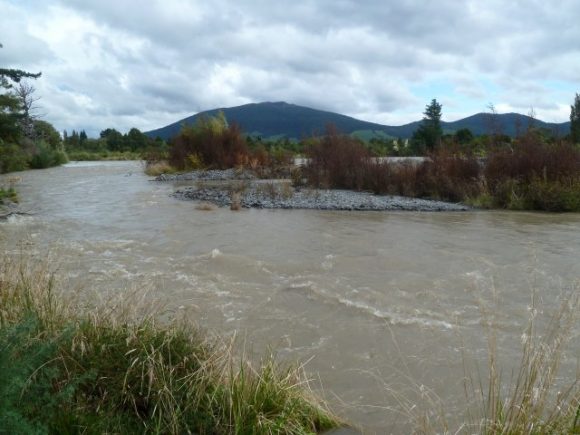 This photo shows the preparation site for gravel removal in front of Tongariro Lodge. 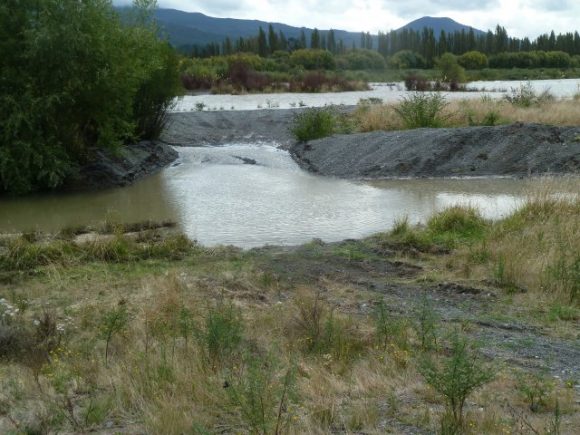 Thursday’s flood will have altered the area yet again. The issue is that each flood leads to aggradation in this area. leading to the threat of flooding of the Turangi township.Even with the stopbanks, should we get another 1500cms flood in the near future, this may happen. Thursday’s flood was a small flood by comparison but had the power to make significant change. In Turangi we had 49.4mmÂ  of rain resulting in a flood ofÂ  242 cumecs.