Because of the Corona Virus which prevented fishing during the lockdown period, the winter river fishing didn’t start until mid-May. Whether or not there were some early autumn runs before then I cannot say.

However, the fishing since May has been superb. The condition and size were as good as or even better than all recent seasons. This view has been confirmed by many anglers. The fish didn’t seem to linger too long in the pools which meant that some days were rather lean, but the fishing during the following days, in the same pools, was often excellent. It was just a case of keeping at it.

The decision of DOC’s to reduce the length of the takeable trout to 35 cm and to increase the daily limit from three to six fish has obviously paid dividends. Even now in mid-October there are some very good fish being caught but, understandably, there are large numbers of spawning trout in the river too. 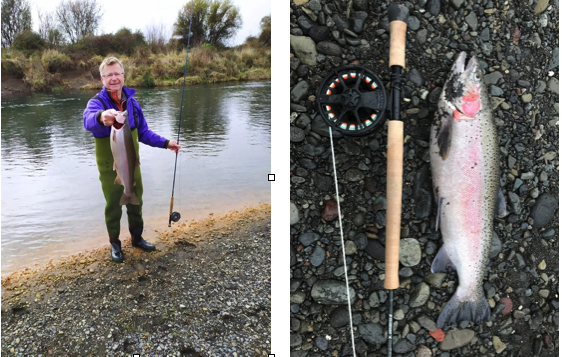