In the 1920’s the Tongariro River gained international status when American author and fisherman Zane Grey paid the area three visits writing his best-selling book The Anglers El Dorado. This along with a visit by the Queen Mother in 1928 to fish the Tongariro River sealed the rivers reputation as one of the best wild trout fishing rivers in the world. For the Queen Mother’s visit, prison labour from the Tongariro Prison was used to form the river trails and establish a fishing camp. The huts from the camp were later moved down river to form what was to become the Tongariro National Trout Centre.

The video below by Waterline Productions (Jason Fry) was prepared originally to accompany the submission and maps from the Advocates for the Tongariro River to the Ministry of Tourism Cycling Trail project funding.

They managed the forming of Stage 1 of this project which included completion of the trail from the Hydro Pool to the Red Hut Bridge and rerouting and upgrading sections of the original trail. This was completed in 2012. In 2018, responsibility for the Tongariro River Trail was transferred to Bike Taupo who have the resources to maintain it. 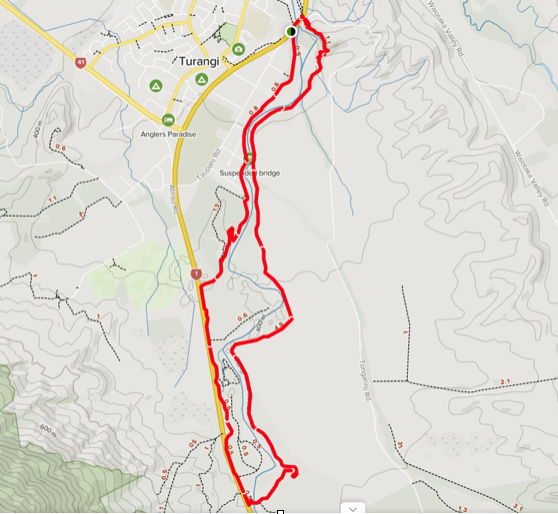 The Tongariro River Trail is a popular walking/cycling track approximately 14Km in length forming a loop which begins and ends in Turangi. Classed as a Grade 2 track it takes you mostly along side the Tongariro River through mature Beech forests, Manuka and a block of mature Californian Redwoods with views over farmland to the Kaimanawa Ranges.

The trail follows the true left bank of the river via the Tongariro National Trout Centre to the Red Hut Bridge, across the bridge and returns down the true right side of the river to the State Highway 1 Bridge with angler access tracks running off to the river. These access tracks make an interesting diversion offering great views of the river.

The Tongariro River Trail has become very popular with walkers and cyclists. It has the advantage that it doesn’t have to be completed as a whole, there are several sections of the trail which can be completed as a shorter ride or walk. One such section is the Waikari Loop walk, an attractive shorter walk which forms a branch of the main trail. The Tongariro River is home to the endangered Whio (Blue Duck) which can be often seen in the river. 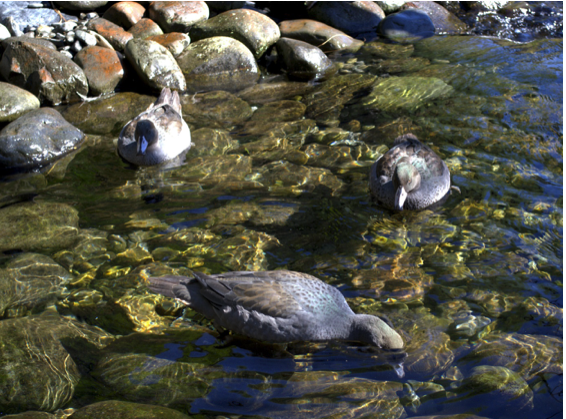 The video below is a home video of cycling the trail.