My wife and I managed a holiday in New Caledonia that incorporated Anzac Day at Bourail, Commonwealth War Grave ceremony, and were lucky that we had excellent weather between Cyclone Cook and Cyclone Donna. Cyclone Donna is forecast in its downgraded state to have an impact on NZ over the next couple of days.

With the media coverage about ex Tropical Cyclone Donna (as will be once gets closer to NZ) and associated rainfall later this week, would like to provide a brief update after a chat with Metservice we had this afternoon:

The weather this week has been stunning. I thought this angler had my idea of fishing ecstacy. A pool all to oneself. 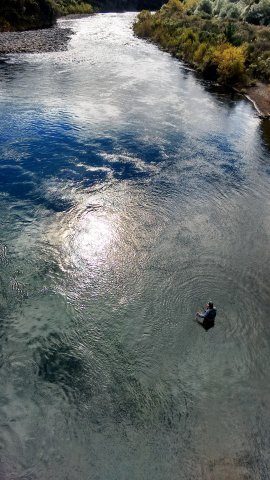 On Friday May 5, I attended the Waikato Regional Council Zone Committee meeting. Biosecurity was a key issue. A major problem with Biosecurity are problem microscopic orgamisms. The threat of Didymo and Lke Snot are examples. The examples for the meeting were

The problem is that when these problems take hold they are costly to control and destroy things that we value.

Our interest is the whole catchment and while the fishery is extremely important to us, so is the flora and fauna of the catchment.

More than a year ago Project Tongariro approached the Advocates for a partnership planting programme. Project Tongariro representatives, Paul Green and Nick Singers had arranged a nursery scheme at Tongariro Prison and it was planned that the trees would be planted last winter. This was delayed. We are now set to proceed. The area at the Hydro Pool has been crushed. The area will now need to be sprayed to control the blackberry before planting can occur.Paul Green of Project Tongariro informed me of progress in the next planting area on the Tongariro River. I have reported on this project planting in the area of the Hydro Pool. The area was crushed last week. Spraying will be required before spring when planting will occur. 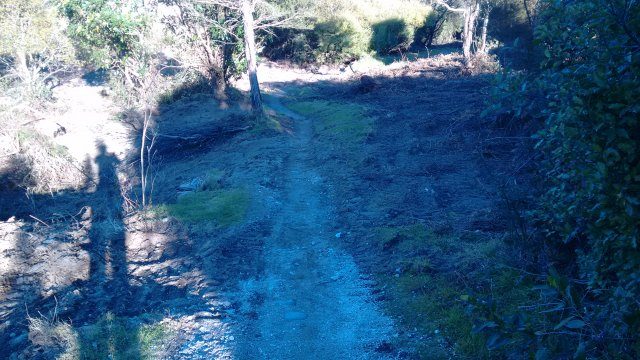 The Department of Conservation has been upgrading the Tongariro River Trail  within Turangi and on the true right of the river. The pumice layer has made a pleasant walking and riding surface

John Toogood supplied the following links on the Tongariro River and recommended the information. We are involved in resurrecting the Etiquette signage  and it is good to read another effort to push this important message.

The fifteenth Annual General Meeting of the Advocates for the Tongariro River Inc. will be held at The National Trout Centre School Room on 27 May 2017 at 10.30am. All welcome.

The current committee is 10 but our constitution states a committee of 14. We would love to have new members to continue the work that we have started. Please contact me or any committee member if you would be happy to join us.