We had a taste of winter 2015 this week. Good heavy rain early on followed by a snowfall and first frost of winter. The micro climates mean that some parts of the Turangi environment have had earlier frosts. But Tuesday morning saw Pihanga and the Kaimanawas with a coating of snow that didn’t last long but it has been a cold day all day today.

The rain and the cold have seen a good run of fish through the river and some happy anglers as a result. The Brown trout in this photo was better than 6lb and the Rainbow was in pretty good nick as well. The Opunake Angler told me of the lady angler in the Hydro Pool who landed a Brown estimated at more thanÂ 10lb on Tuesday morning. 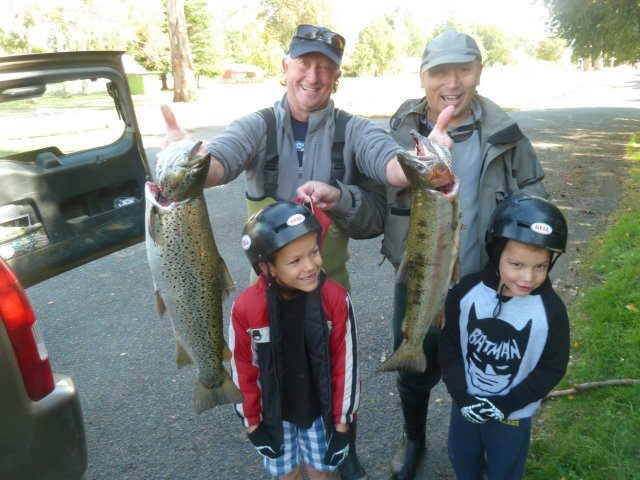 I gave up fishing the lower river last year. I ventured downstream this morning and was disappointed in what I saw. Â At the Bain pool there was evidence of spot spraying.

But elsewhere the vegetation including a lot of willow regrowth was in excess of 2 meters. The flood scheme is to maintain the flood channel vegetation at less than 1.5 meters. The track downstreams is overgrown making the task even harder. 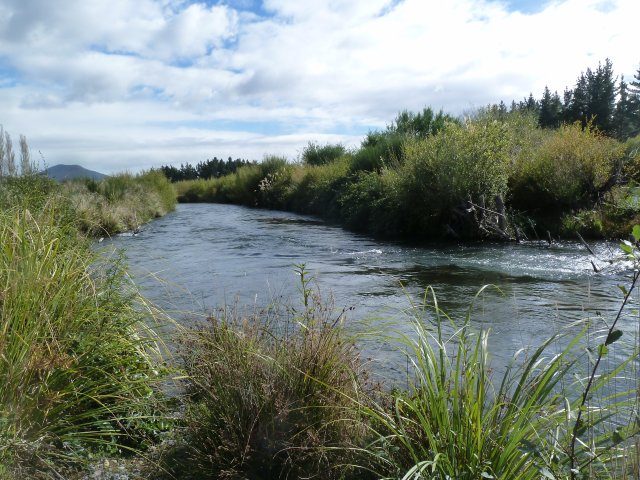 A reminder that subscriptions are due and our appreciation to those who have paid their subs.

A reminder that our Annual meeting is held this Saturday at Tongariro Lodge (Grace’s Road) at 9.30 am. We look forward to meeting you. We would love to have another 3 or 4 new members join the committee.

I received an email from Destination Great Lake Taupo this week on the Tongariro River Trail.