It is autumn and the battle between summer holding out for a longer spell and winter making an early advance has been intense this week. The week had both seasons. Autumn is usually the loveliest season because of temperatures, dryness, colour and fruit.

We had a beautiful warm weekend but Monday struggled to make 11 degrees and with gale force winds one was best off inside out of the wintry blast. The winds persisted, mainly from late morning for the rest of the day and then we had another deluge on Wednesday night.

The last 3 months as shown in the Genesis graph shows more than 10 floods. Today’s flood reached 104 cumecs, more than 4 times normal flow. At 2.00pm today it is still a sediment laden river. Hopefully we have escaped the big flood which usually comes early in the year.

1. Reminder of Annual Meeting, 10.am, Easter Saturday at the Bridge Lodge.

2. Member get member prize will be drawn at the Annual Meeting. 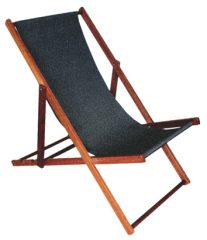 3. I have attached for Friends of Lake Taupo notice of where they are at and of their Annual meeting

I have met and talked with some happy anglers during the week. An angler from Nelson returning from the Reed pool carrying a fish told me he had taken 12 fish with some fish more like yesteryear in his bag.

One of our committee caught a 7lb trout with all the hallmarks of fish when the fishery was at its best. Red fleshed, nice proportions, silver. He wouldn’t tell me where butÂ  my observation is that the pools that fished well last year are yielding fish this year.

I fished the log pool yesterday afternoon and the angler ahead of me landed two small fish. I got only bites which I took to be small fish.

If you are prepared to put the time in then you will probably have some luck. It is early days and while there are a lot of browns in the river with some rainbow trout the strike rate is not high. On the plus side there is not a lot of pressure on the pools. The numbers of anglers has probably doubled since last week.

This week’s Pools – The Silly to Admirals.

This stretch of just over 2 kilometers has excellent fishing pools but you do need to work out where the lie is and the best way to approach the fish for success.

The Silly pool is named because in the early days the angler’s line didn’t go where the angler thought it should. The photo looks across from the Right bank to the Pool which has good depth and current. There are places that you can get down the face and fish from the right bank though traditionally it is fished from the left. The fish are close in on the left bank. Best nymphed.

From the Silly Pool the river flows into the Upper and Lower Birches Pools behind the National Trout Centre. These have been good pools over the years for those who have learnt how to fish them. They are constantly changing. Accessing the most likely water can be treacherous. I recall that when Prince Charles visited in the 1980’s the chosen pool for him to fish was here. They put a security screen around the area which was before the time of commercial rafting and kayaking wasn’t a strong sport as it is today. Two Kayaks made their way down the river much to the annoyance of security and the kayakers had a pleasant chat with Prince Charles as they passed by. There he caught an 8lb Rainbow in the middle of summer.Â  Â Â Â

From the Birches the river flows through good nymphing water to Barlow’s Pool before making a right turn at Cattle Rustler’s Pool. This pool best fished today from the true Right always looks good in that the water is deep and slow.

From Cattle Rustlers the river flows through the Millrace which has excellent pocket water for those who can read calm spots in what looks like fast flowing water.

The river slows in two poolsÂ  called the Stag. This has always been a good pool from both sides of the river though I prefer the right bank. 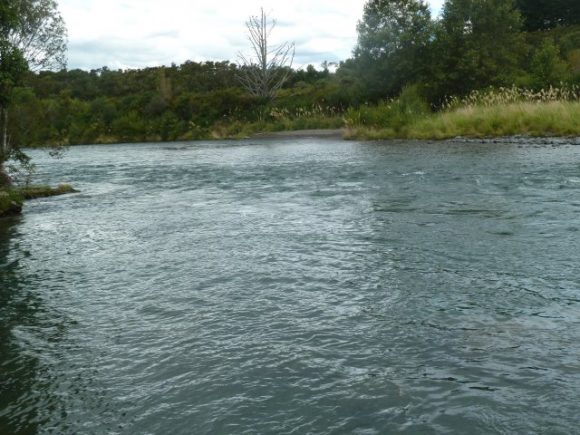 From the Stag the flow is into the Cicada, fishable from the left bank and then into Admiral’s pool. Pools of the Tongariro by Allan and Barbara Cooper write that it was “named after Admiral of the Fleet Lord Jellicoe, second Governor General of New Zealand, 1920-1924.”

The Admirals towards The Cicada

Given the DoC media release I attached to one of the last Updates I was amused to read in Pools of the Tongariro by Allan and Barbara Cooper, Page 18 in describing Major Jones: “In later life, he developed a strong dislike for the big browns which, he maintained, were cannibals and should be destroyed for the benefit of the fishing.”

I received an email during the week from a member asking that DoC take action against the Shags as they are consuming too many fish. I have heard stories that in the past shags were shotÂ  by disgruntled anglers. It wouldn’t be allowed today.