Christmas in the Vines

We are grateful to Bob and Julie Neville for their support for the Tongariro River Trail project.

A Festive Hello from River Vineyard and Restaurant Turangi!
www.riverwines.co.nz

Visit to the Rangipo Dam

We had a frank, informative discussion.

We visited because we have raised the issue of severe sedimentation in the river downstream of the State Highway 1 bridge (SH1). We asked if the cause was the discharge of sediment from the Rangipo Dam and Genesis was keen to show us the workings of the Rangipo Dam and make the point that the operation of the Dam is not responsible for the sedimentation we have seen.

We accept the following factors: 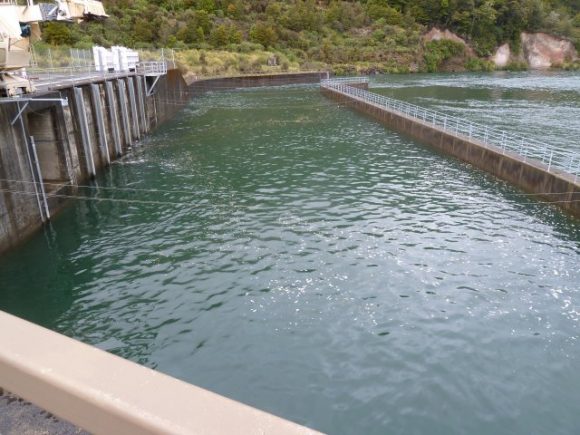 So where has the sediment come from?

The explanation given is

So what are the implications. We argue that

The counter argument presented is

I can’t blame Genesis for the Mt Ruapehu eruption nor for cyclone Norma. I do accept that most sediment is carried in times of flood. I also accept that the Rangipo Dam has an insignificant impact on the deposition of sediment that I have seen in the river.

Genesis have offered to bring Graeme Smart to Turangi for a public meeting to explain the processes that are happening on the river and to discuss the implications and consider a desired community outcome.

The report sets out the issues facing our rivers. It is well worth a read.