We have persevered with the development of the Tongariro River Trail. We have spoken with Turangitukua and have sought their support. We are awaiting their decision. We decided to complete the section linking Turangi to the Red Hut bridge.Â  We have received a grant of $50,000 from Taupo District Council and the Turangi Tongariro Community Board, to scope the whole trail. We require $70,000 to develop the Turangi to Red Hut section. I am pleased to announce that we are being supported by the Christmas in the Vines event on 18th December. 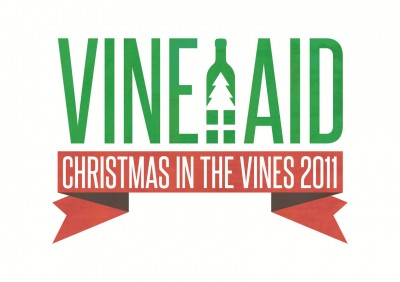 A none profit charity event organised by the Vine Aid Charitable Trust with all profits being split between three local community groups.

There is no evidence that work has started on the next section of willow removal from the Reed Pool to DeLatours Pool though I checked the area on Tuesday afternoon.

In Update #24 I wrote of the work by Graeme Smart.

The authors are staff at Auckland University, Brierly and Reid from the School of Environment and Coleman from the Department of Civil and Environmental Engineering.

The AbstractÂ  statesÂ  that the area of concern is the area we call “The Braids.”Â  Specifically they write:

“the reach has acted as an efficient trap for gravel sized materials, such that further downstream, the meandering and multi-channelled delta reaches comprise sand-sized materials. These latter reaches have shown negligible channel adjustmants over the last 80 years. Collectively, these inter-related controls determine variability is sediment availability in the Tongariro Catchment over time, thereby exerting a dominant influence upon sediment flux. Human disturbance is concluded to have had a negligible impactÂ  on sediment flux in this resilient system.”

On Page 176 the authors write:

“The imprint of the volcanic setting upon sediment flux on the Tongariro catchment is so prominent that system responses to human disturbance have been limited… Although dams have altered the flow regime of the river, impacts upon sediment flux have been well managedÂ  and no major changes to channel planform are evident. The increase in the frequency of high water levels in Lake Taupo causes a backwater effect, reported to extend 3 km upstream of the delta, enhancing landward movementÂ  of saturated soils and the area of wetland (Tonkin and Taylor 1999: Esser and Rosen, 2000). Increased flooding and aggradation may have affected the extent of deposition and braiding, especially fo;;owing the instalation of the control gates in 1941 (Smart 1999; Fig 4)As a result, the primary sediment managent issue in this catchment relates to ongoing adjustments in the braided reach, and associated management strategies via stopbanks and gravel extraction. In a sense, stopbanks can transfer problems downstreamÂ  and require ongoing maintenance. Unless gravel extraction is undertaken in a sustainable manner, problems will ensue and channel adjustments are likely to be accelerated.”

“The Tongariro catchment is quite resilient. Human disturbance has not had a profound impact on sediment flux in this river system. The primary sediment management issue in this catchment relates to ongoing adjustments in the braided reach, and associated management via stopbank construction and gravel xtraction.”

What am I to make of this article and the article by Graeme Smart? My observations of what is happening in the river is not supported by scientific study. But in 30 years I have noted the braiding that saw the loss of the Breakaway Pool, the huge build up of gravels at the tail of the Millrace,Â  the development of Deep Creek into a significant outlet in times of flood, the closur of the Blind mouth, the closure of the Hook, the reduction of the First Mouth to a trickle. But I would agree that the river is mainly in the same channel since the 1930’s.

I am interested in the statement ” The increase in the frequency of high water levels in Lake Taupo causes a backwater effect, reported to extend 3 km upstream of the delta” given our submission on the erosion stategy around Lake Taupo not being accepted.

The Tongariro is not being ignored as these papers show. They raise a lot of questions.

I observed anglers fishing without competition and anglers still catching fish but generally it is quiet as this photo looking up stream from the Admirals pool.Â  As I wrie it is drizzling outside yet again and I have the fire going. Its still spring with winter still having an influence.

and upstream to the Kamahi pool shows. 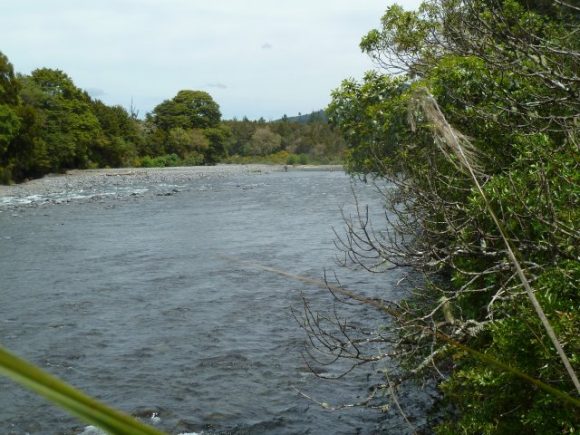 An reminder that it is the Round Taupo cycle ride involving 10,000 riders and that it is Election Day Saturday.

I advise that there will be no Thursday Update next week.