Recently I sent out a reminder for payment of subscriptions.Â  That exercise caused me to ask for an update to our membership database. This is a behind the scenes activity important to the well being of the Advocates. Mike Forret of i-concept, is making the job of maintaing and using the database so much better. I appreciate the effort Mike is making for us.

A recurring theme from me is to report that there are fish in the river but they are not asy to catch. But I don’t see a lot of anglers playing fish or carrying fish though there are a greater number of anglers around now. I hear that there have been some very good size and condition fish but I haven’t seen them.

The Bridge Pool is again the most Popular Pool on the river. 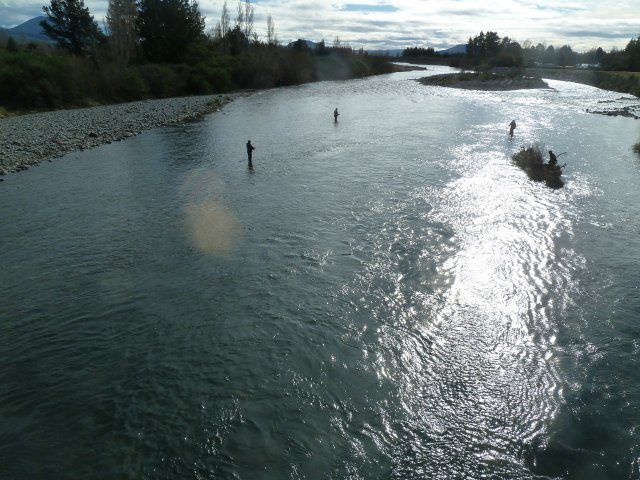 I did see from SH1 (State Highway 1) bridge a young boy in the Bridge Pool bringing a fish to the bank guided by his father. I was impressed and the boy was very proud of his catch. 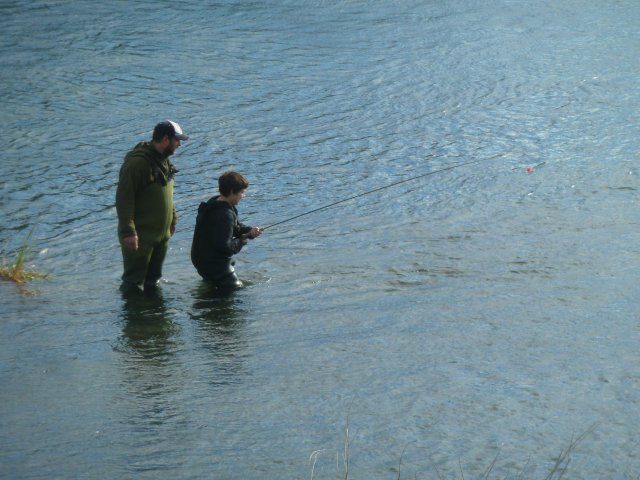 During the school holidays the Tongariro National Trout Centre fish out days are very popular and get kids interested. The intentness of the kids is great to watch. Peter Baldwin has one young fellow entranced 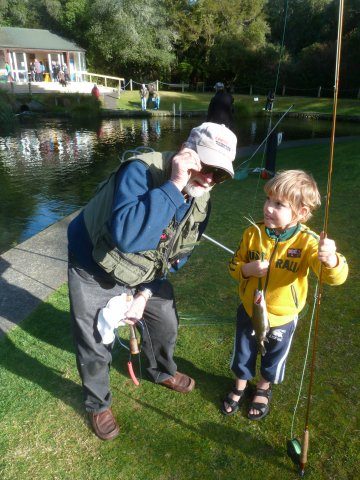 Brenda Lawson of DOC enthused the kids as well 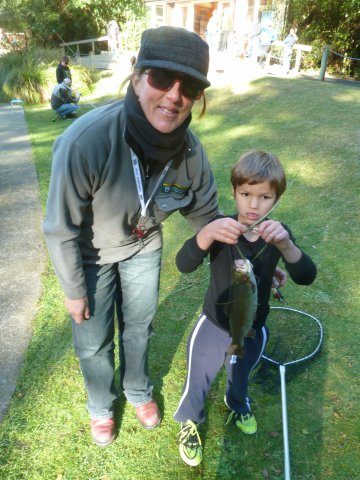 Kids love the whole process of catching the fish to processing the catch. 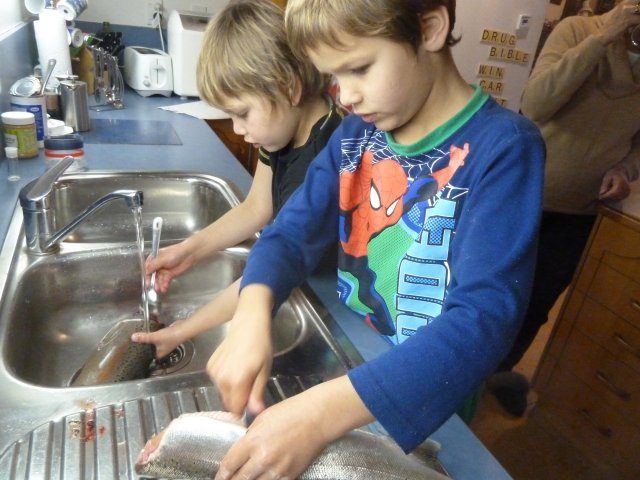 The next meeting of the Waikato Regional Council’s Taupo Liaison committee is on Thursday 7th August. Stuart Crosbie (Advocates President) will present to the committee the AFTRÂ  idea for an Integrated Catchment Management Plan for the Tongariro River. This has been reported upon and can be found in our Annual Report and Newsletter.

We have had scheduled for some months a committee meeting on Saturday 9th August, 10.00am at the DOC office Turangi. Members are welcome to attend this meeting which is held in the committee room at DOC. Access is through the gate at the rear of the DOC facility.

It is unfortunate that we ad scheduled our meeting on this date as it is the date for the opening of the new DOC office in Taupo for the new region.

I was reminded of a couple ofÂ  incidentsÂ  that have happened to me over my fishing years. The first was finding a raincoat on one of the tracks to the river. Although I knew whose coat it was I Had not spoken with him. Next day I met him and returned his coat to him. He thanked me but also told me off for not taking his coat to the Police Station where he would have been able to retrieve his coat had I taken it in for him. His response made me think about the correct procedure.

On another occasion I got engrossed in getting a snag out of the river and when finished left without my rod. I got to my car, realised that I had left my rod behind, returned and my rod was gone. I advertised in the local paper and learned that my rod had been taken to Auckland and because the local who informed me was the daughter of the finder I got my rod back a month later. I thought it should have gone to the Police Station.

A friend of mine took two rods to the river so as to have the option to wet line fish or nymph. My friend had success and happily left the river with catch and rod but not two rods.Â  On return shortly after the rod left on the bank had gone.Â  It was discovered that the rod had been found but little effort had been made to locate the person who lost the rod. The rod disappeared for ever. Pretty despicable I thought.

A couple of years ago I found a ly bod with an impressive collection of flies well in excess of 100. The box had the name and address of the owner in it, I was able to post to him and his collection was returned.

I conclude that there is great value on putting your name on your property and secondly that if you find property it is best to take it to the Police station . There are a lot of honest people who do just that.

The lookout from the hill overlookingÂ  SH1 bridge gives a wonderful view of the river and of the lake. 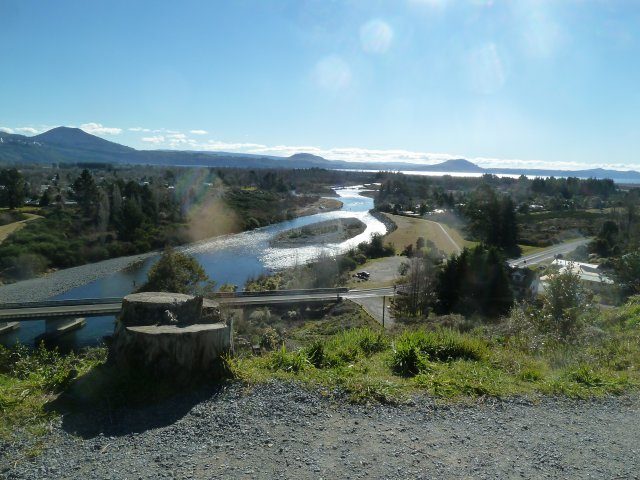