Winter is here. Outside at 5.00pm tonight it is 4 degrees. Snow is on both the Kaimanawas and on Pihanga. It has been wet but relatively calm.

The DOC website is not easy to find your way around but Taupo Licenses are available on line as from today. The link is

Or DOC, Parks and Recreation,

Click on Online Purchase Tool. From there on it is easy.

The Taupo District requires a separate licence to fish in that district.Â Fish & Game licences cannot be used here.

The Taupo fishing season begins on the 1 July each year.Â Licences for the Taupo District are available in the following categories (all GST-inclusive)

Donâ€™t forget to get your new licence before your first trip for the season! DOC is piloting a new tool for buying fishing licences online.Â Try the newÂ online purchase tool.

Instead of a bucket attached to the arm there is a cutting apparatus which chops the plants into small bits. I am assured that the bits will not grow nor will they be a problem if they find their way into the river. I suggested they put the machine into the river and get rid of those nasty little snags that have appeared since work started last year. 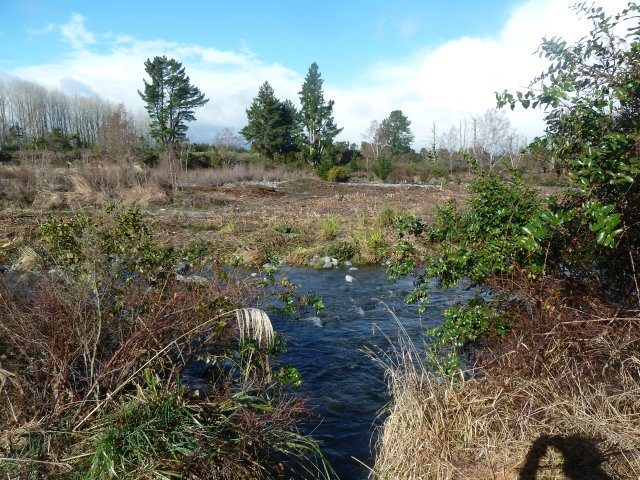 The area is cleared satisfactorily.

Todays work was the island at the Island Pool. 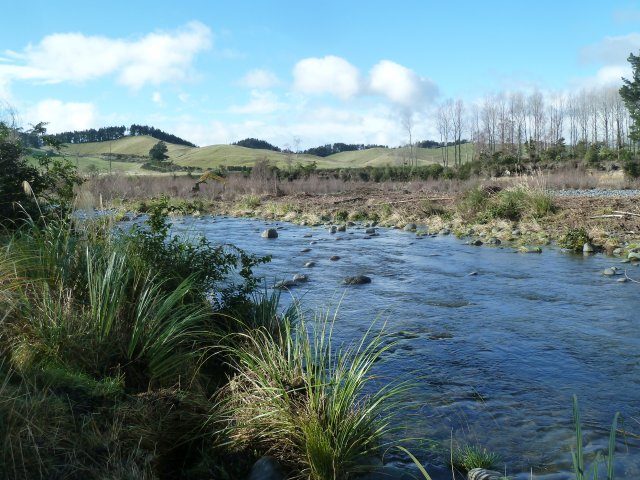 I have been re appointed to this WRC committee as one of seven local community .representatives. I am happy to hear your comments and to represent them to WRC staff. The appointment is for 3 years through to 30th June 1917.

The surrounding land is saturated which means that after rain the river rises.It has run consistently above 30 cms for the last week.On Monday night, to introduce the new season it peaked at 200 cms. The river cleared quickly and I found it fishable and productive on Tuesday afternoon.A quick check of the Genesis website, https://www.genesisenergy.co.nz/generation/rivers-lakes-and-rainfal/tongariro showed that on Monday afternoon there was very heavy rainfall in the upper river which brought about the flow spike, But it was a very rapid rise and an equally rapid fall.

I have seen a few anglers carrying fish lately.

Technology is moving us slowly forward to achieve a paperless goal. Rather than send a postal reminder for subs unpaid I will next week send an email reminder to those with unpaid subscriptions.. Our voice is only as good as the strength of our membership and a strong membership is a strong voice. Thank you to all who have paid subscriptions and those who have meant to pay and forgotten to date.

If you wish to join you can by filling in the membershipÂ  form from the home page and paying a subscription either by internet payment (preferred by the treasurer) or by cheque. The details are on the page.

Our next meeting will be on the 9th August at 10.00am. Meetings are held in the committee room at DOC Turangi. Members are entitled to attend our committee meetings and we would welcome your presence.