There is not a lot to report. I have been around the river and find it very quiet. I caught a fish on Thursday and Friday of last week and haven’t had a touch since only fishing alternate days.

There are few Â anglers about during the week with most car parks empty. Downstream from the Blue there was not an angler in sight

nor any in the Blue Pool

Few fish are being caught. Over last weekend I observed 1 fish taken in the Stag pool, 1 in Cattle Rustlers and 1 from the lower reaches of the river. On Sunday I went to take photos in the upper river from the Blue Pool to the Fence Pool. There was only one angler fishing, his wife with gear sitting on the bank at the sand and on the way back from the fence an angler off Â to try the Fence Pool. 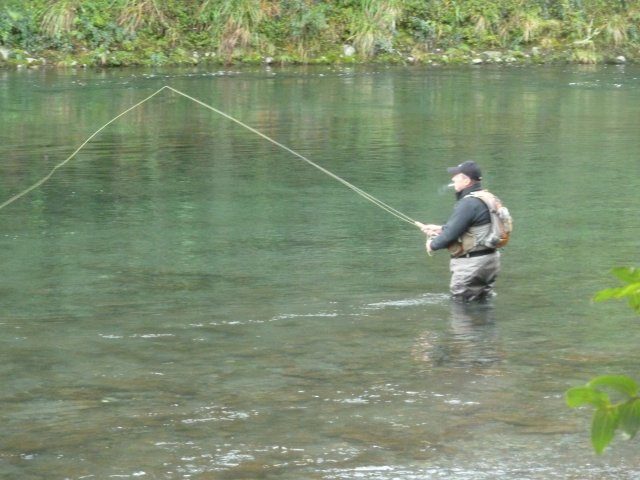 The drive in from the main road upstream to the Blue Pool carpark was interesting. A very large old Pine had recently fallen across the road in. I was caught once by a fallen pine in that area and had to wait for DOC stff to clear the road. 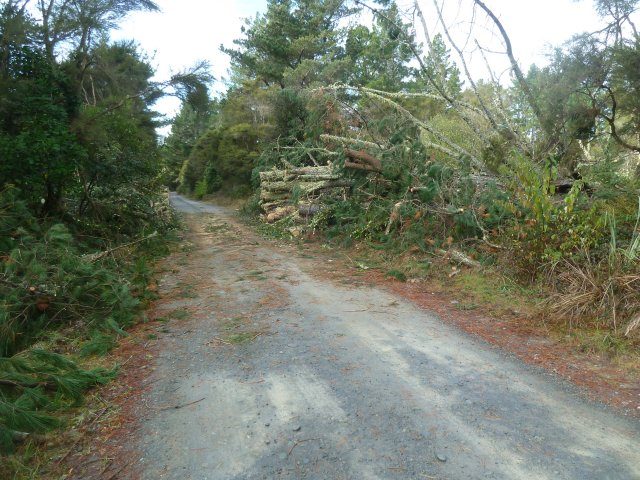 On this occasion the delay would have taken some time judging by the number of Â branches that had to be cut.

It’s a lovely walk from the Blue Pool to the Fence Pool which is as far as you can legally go. Further upstream and it is an instant $200 fine for being on prison property. As you walk up river alongside the pines there are pines leaning and ready to fall

At the Whitikau a pine has been felled to stop it falling into the river. 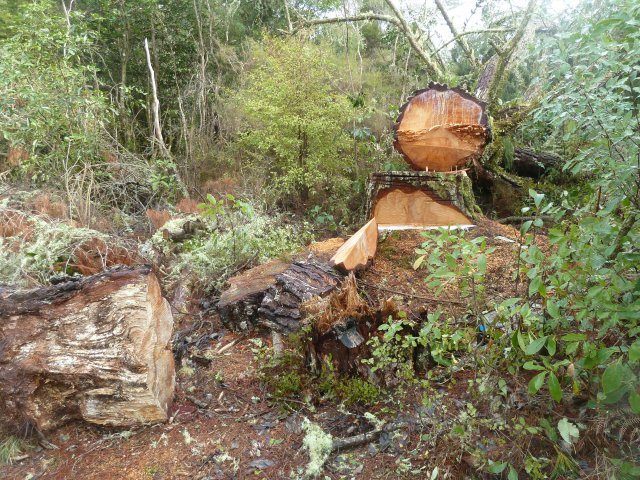 It makes me wonder how safe the car parks are where there are old pines close by.

I fished Lake Rotoiti a couple of weeks ago and bought a Fish and Game license to do so. I bought on line a winter license, very simple to do and a great information gathering exercise. The new season license is due at the beginning of July and I think will have to be purchased from existing retail agents as I have heard nothing further about upgrading the system to online licensing. The F&G recommendation of adding your lcense to your smart phone is a good one if you are one who is forgetful. Shortly after I received my F&G license along with a booklet with rules and regulations. This always seems valuable and relevant. It was a passion of Alan Cooper when President of Â TALTAC that anglers were educated as to fishing etiquette. He was responsible for signs and the one on the track from the Blue to the Sand is one that remains. 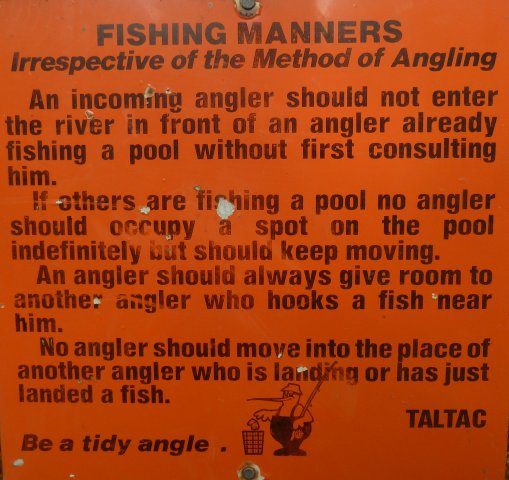 The Tongariro River is a Fly fishing river only as this sign states.

There are some using spinning gear in the lower reaches this year. Such activity should not be tolerated.

I keep thinking that things will improve tomorrow but sadly I have been disillusioned when the next day arrives.