A pleasing factor in doing these reports is that I get instant feedback. The website was envisaged as a repository of key material (a library). The Updates have arisen as a result of a change in emphasis for the Advocates to give readers a more up todate view of what is actually happening. You could say we are moving from book to magazine.

My omission of a URL link has resulted in setting up a new email page thanks to those who drew that omission to my attention. Likewise we have added the Updates to our archives as past updates are now easily available.

Then there are the simple mistakes which can be remedied when brought to my attention.

I thank you for your help in making the Update a better document.

Thank you for the seats

Earlier this year two seats were installed on the left bank of the river at the Breakfast Pool. We thank Celia and Gary Adams and Anita and Mike Peake. The seats are in constant use enjoyed by visitors, locals, anglers and walkers. They are an asset for the community. 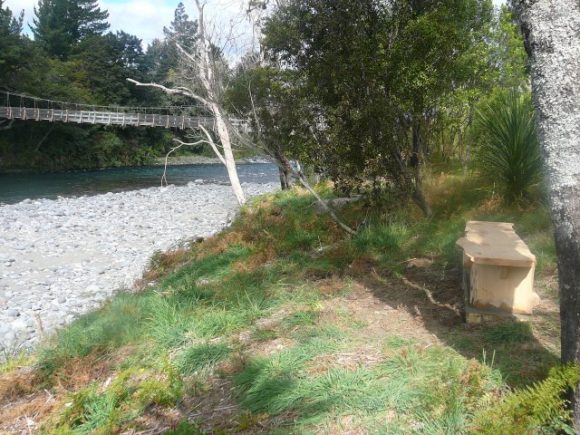 I attended my first meeting of the above committee on Monday of this week. I am one of the 5 community representatives on a committee of 15. The committee is one ofÂ  8 zones Waikato Regional Council, WRC (formerly Environment Waikato) is divided into. Among my tasks is to know concerns about all the catchments running into lake Taupo and to voice these concerns. There are 3 meetings each year. This meeting was to evaluate the Lake Taupo Zone performance for 2010/11, the proposed work programme for 2011/12, an update on the Lake Taupo Erosion and Flood strategy, 2012-22 Long Term Plan for Lake Taupo zone and risk mamagement and reserve funding. Gary Baker of Turangi is the committee chairman and Barry Pope the Deputy Chairman.

I can advise that there is an appeal against the gravel extraction process. ItÂ  is currently with the Environment Court for consideration. 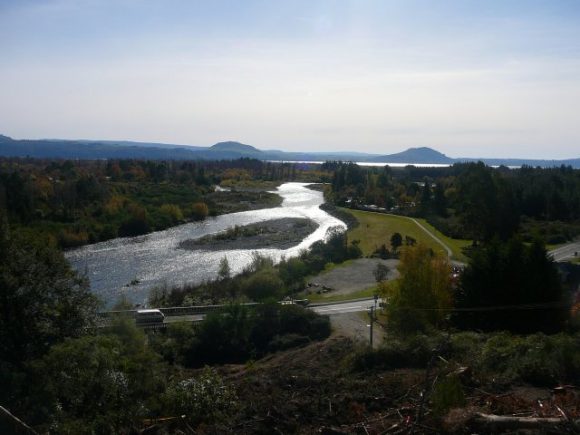 We have been asked to bring to the next meeting matters for inclusion in the Lake Taupo zone draft of the plan. My immediate thought is for an Integrated Catchment Management Plan for the Tongariro River which can be a blueprint for 20 other major river catchments in WRC area. I have already raised the need to monitor the Tongariro River delta which currently is not done.

In the week since last Thursday the river remains high. I reported that the flood was minor but after writing that the river continued to rise resulting in the second largest flood of the 5 in the last 3 months. The river is still running at 40 cumecs as I write (Wednesday evening) and although clear I am guessing that the gates to the Poutu canal are closed as debris carrying water is not to enter the Poutu canal and carry through to Lake Rotoaira. The clarity of the water suggests that the river will reduce to a flow in the low 20’s within a little while. The surrounding countryside is waterlogged and not able to soak up water at the moment so it may take a little longer. I have put the Genesis graph at the end of this report. Note that this is not a static graph. It is constantly updating.

The flood has since brought a lot of fish into the river and some anglers are having a great time.

But of greater moment is the quality of the fish. Amongst the fish taken are some good sized fish (more than 1.5kg). Michel Dedual (DoC fishery scientist) tells me that 3lb was the average sized trout when we considered good fishing. There is a value in weighing fish to learnÂ  to estimate the weight ofÂ  fish. I have had anglers estimate a fish at 5lbs when they are 3 lbs. Likewise your estimate of length should be checked so that you don’t embarrass yourself. A spot of nail polish atÂ  40cm (legal length in the Tongariro River and Lake Taupo) gives greater accuracy.

The strong windsÂ  have created a hazard for anglers and I have had the opportunity on a couple of occasions to practice my hook removal skill. Going to the Dr to have a wayward hook removed is time consuming and an additional cost. The technique to remove a hook from your (or your friend’s) flesh is quite simple. The technique I describe here is the string yank method. Take 1 half meter of nylon cast, fold in half, push the nylon folded end into the bend of the hook and hold with the hand you will pull with, put index finger of other hand on the eye of the hook and pull the nylon swiftly. The hook comes out easily and most people don’t feel its removal. When you can put disinfectant on the entry area. Try itÂ  with some material like a cork to try the technique. If it doesn’t work then I’m afraid a visit to the Dr is necessary. The local Dr’s get quite a collection of pretty flies. This simple technique can save pain, time, money. I’d be wary in areas close to the eye. Wearing glasses helps eliminate that problem.