In the last two updates I have written about a sand and sediment build up. I have today spoken with Genesis staff notifying them of the problem. I will meet with their Hydrologist tomorrow and then with others next week. We have enjoyed a good relationship with local Genesis staff and I hope that we can talk through some resolution to this problem. They say that they did flush Rangipo Dam in mid May. I will advise the outcome of the discussion. The Poutu Intake is not able to hold back sediment. 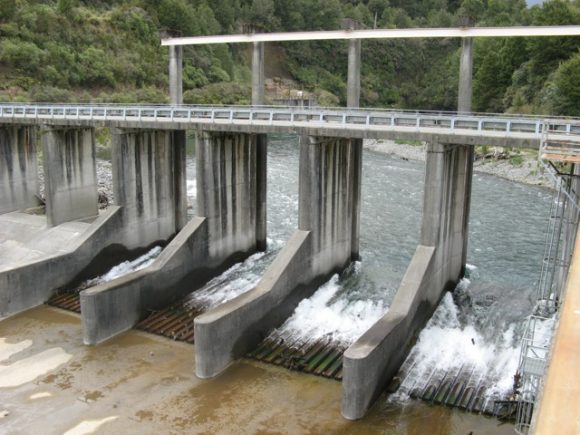 The build up of sediment occurs behind the Rangipo Dam and Genesis have a consent that allows them “to undertake the following activities for the purpose of flushing, moving, and removing accumulated sediment in the vicinity of the Rangipo Dam structure; itÂ  allows them to flush sediment into the Tongariro when the river”Â  The conditions are:

14.Â Â Â Â Â Â  The Consent Holder shall only operate the Rangipo Dam sluice gates to flush sediment from behind Rangipo Dam when the flow in the Tongariro River upstream of the dam exceeds 60 cubic metres per second, and is estimated by the Consent Holder to exceed 100 cubic metres per second within the next 6 hours.Â  This requirement does not apply when volcanic eruptions deposit ash in the dam catchment, in which case the sluice gates may be opened at any time so that the sediment storage capacity of the dam is not exceeded.

The gravel extraction is held up due to an appeal. Work continues on clearing the Hirangi Arm. The objective is to reduce flood damage in the lower reaches of the river.

Good Afternoon Target Taupo Readers
As indicated in a previous issue of Target Taupo, the Taupo Sports Fishery Management Plan (TSFMP) discussion document has now been released and is being circulated to all people on our Target Taupo database. The discussion document asks some key questions about the Taupo fishery the feedback from which will go to shape the final draft of the TSFMP itself.
If you wish, you can also send an electronic reply, via the DOC website at the following link:
http://www.doc.govt.nz/getting-involved/consultations/current/taupo-sport-fishery-management-plan-review/taupo-sports-fishery-management-plan-discussion-document/
If the link does not work simply type â€œdiscussion documentâ€ in the DOC website search facility. Note that the closing date for feedback is 15 July 2011.
There will be a further public notification and formal submission process on the TSFMP itself in due course.
Finally, Issue 63 of Target Taupo should be in your letterboxes by mid-July.
A reminder that the 2011/12 season commences July 1st.

Not much change. I have found areas that are sand and silt free which regularly yield fish, but there are few anglers which makes fishing enjoyable in itself.Most anglers are finding it hard.

The flood of 24th February 1958 was the biggest recorded. The flood of 2004 was not much smaller. I was given a photo of the roof of the house of Chris and Becky Hartnet which was between Kutai and Koura streets

The house was flooded and the roof was detached

and the detached roofÂ  “carried nearly a mile downstream”. In Freshwater Admiral by Vice Admiral Harold Hickling. The photos facing pages 80 and 81 I have copied here, show where the house was. 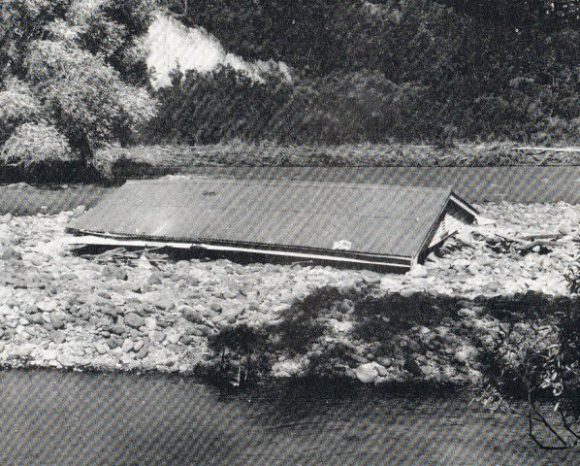 The Hartnett house Hickling records as being transported away after the flood. The roof was rescued and reattached to the house. The house today is a very comfortable property.

Property at the end of Herekiekie street have also been lost