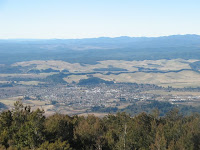 The summer heat roasts this little town, nestled under the cloak of Mount Pihanga at the head of Lake Taupo. Slowly it bakes brown before yawning into autumn. The deciduous trees deepen in colour casting a vibrant pallet of earthy hues across the land. Lying at an elevation of 350m, winters are harsh. Itâ€™s not unusual to walk out and snap the panes of ice that sometimes lie on the ground all day.
Every day nearly 5,000 vehicles pass through, the occupants may get a fleeting glance of the river below as they cross the bridge into town. Beneath flows the mighty Tongariro, its virginal waters sourced from snow-fed springs and filtered through alpine herb fields and ancient forest. It sparkles, bubbles, swirls and chatters â€“ mystifying anglers and soothing souls. At times, angry, as it snarls and bites at its banks chewing through the land. Itâ€™s the raison dâ€™etre, the reason for being, why thousands of anglers come to fish this world-famous river. Itâ€™s also the reason why this town exists. 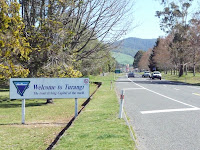 Turangi has three ski fields within reach, one of the best one-day walks in the world, a National Park with active volcanoes in a primitive landscape and thermal pools. It offers challenging hunting, fishing, mountain biking, hiking and white water rafting and sits on the edge of our largest lake.
The Rough Guide to New Zealand describes it as a â€œsmall, flat, seemingly characterless placeâ€. Centred in the middle of the North Island it is four hours drive from Auckland and Wellington and 40 minutes from Taupo. â€œItâ€™s halfway to everywhere and that is the problem, a town that the public by-passes,â€ says Ross Baker, local motel owner and member of the advocates for the Tongariro River group.
Baker thinks Turangi is a town in crisis. â€œYou only have to walk to the town centre and all the shops are empty,â€ says Baker. â€œEmployment is limited, the number of fishing licences have been falling steadily in the last few years, the condition and the size of the fish has decreased.â€ The minimum size of caught trout reduced from 45cm to 40cm last year. 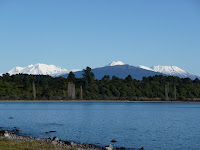 He sees salvation in a project that brings together the spectacular beauty and character the world heritage park region has to offer. A short drive away is the best one-day walk in New Zealand and listed as one of the top ten in the world, the Tongariro Alpine Crossing.
It is estimated that up to 70,000 people do the crossing every year between December and April. Baker says last summer there were queues from start to the finish. â€œPeople have started complaining about congestion and the track just canâ€™t deal with the numbers. People come here for an alpine experience not to be in a queue,â€ he says.
The crossing is one of the regions biggest earners but has a limited season throughout winter. Baker estimates as many as 50,000 people miss the trip because of the extreme weather the alpine crossing can throw out.
He wants to find another great one to four day walk that provides a direct link from Turangi to Tongariro National Park and possibly circuit to Turangi. â€œState Highway One runs straight through this town, the tourists come here, they just need the walks provided – even the walks are here but the links are missing,â€ he says. 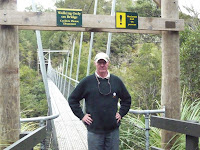 Baker refers to the popular walking and biking tracks that stretch along both sides of the Tongariro River up to the winter fishing limit, the Fence Pool. Beyond that is another network of roads and tracks that service the Rangipo Power Station. Here, a sophisticated system of well-maintained tracks remain from an ambitious hydro scheme conceived in the sixties, when this sub-alpine region was earmarked for another power station on the Tongariro river.
Beech and podocarp forest cover the area, used by hunters, trampers, and mountain bikers and serious canoeists. The area includes the beautiful Tree Trunk and Pillars of Hercules gorges, especially spectacular after high river flows and planned water releases from the hydro scheme. For the more adventurous a wide 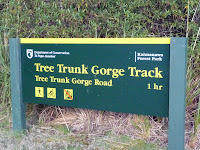 range of tramping tracks and huts go deeper into the Kaimanawa mountain ranges.
There is one link missing from the chain. Several thousand hectares are locked up in the Tongariro/Rangipo Prison farm on which are eight individually secured units. The advocates have been denied access by local prison management to extend the tracks because of concerns for security.
Baker points out State Highway One is closer to the units than where the proposed track above the river will be. As there is no main ring fence around the prison the highway poses more of a threat. Below the prison, the river channels through a steep wilderness gorge accessed only by white water rafting groups.

Luke and Pianika Boddington run Rafting New Zealand in Turangi. â€œTurangi gets missed a bit and doesnâ€™t get the support and promotion that National Park and Taupo get. Itâ€™s in a prime location but, being in the middle, people just drive through and miss it,â€ says Luke Boddington.

Although they like the idea of more tracks they do have concerns about the impact the tracks and more people may have. â€œThe last thing we would do is support something that would hurt the environment,â€ says Luke Boddington. The area is getting busier over summer, more rubbish is left and people wash in the river so weâ€™d like to see it taken away from the river he says â€œItâ€™s a balancing act and needs to be managed well, whoever builds it must manage it from the start,â€ says Boddington.

Richard Balm, has designed and worked on over 120km of biking and walking tracks in the Taupo region and is a member of the cycling advocacy group Bike Taupo. He says when the group design a track it is planned to be a dual purpose bike and walk track. Balm was part of the team to build W2K from Whakaipo to Kinloch on the western side of the lake. It has been so successful there are plans to extend it right around the lake. 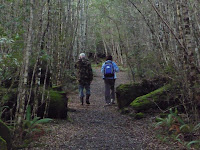 He canâ€™t see a problem with the Turangi/Tongariro tracks, and says it will only take time before the access through the prison land will be resolved. Although he doesnâ€™t have any environmental concerns about accessing the Tongariro River he gives more consideration to the success of a planned three-four day trek. â€œPeople like tradition and tracks that go somewhere naturally, like the coast to coast. When you put things in artificially they donâ€™t work so well,â€ says Balm.
MP for Taupo Louise Upston is right behind extending the tracks because â€œit fits within the strategy of the governments national cycle way. There is such an extensive network there it makes sense to fill the gaps.â€
Upston intends to work with the Department of Corrections to find ways to move through the â€œchallenges in the gap in the routeâ€.

â€œThe advocates were denied access after approaching the Department of Corrections so we need to see if they are valid reasons and how these risks can be managed. There is an alternative but it is not as desirable,â€ she says.
She bubbles with enthusiasm planning how the national route could run through the Waikato River Trail to Atiamuri, linking to Lake Taupo and further south connecting to the central North Island national bike route where the Turangi proposal will join.
Rotorua International Airport is due to open in December and this will encourage tourists to see the wider Taupo area as a destination and not a place to pass through says Upston.

She says itâ€™s a balancing act, between promoting the walk and bike trails, and overcrowding and doesnâ€™t foresee any repeat of the â€œtrail of antsâ€ on the Tongariro Crossing. â€œAs soon as other walks are made available numbers may increase but it also spreads them around. The people that enjoy the outdoors are not the ones that trash it,â€ says Upston.
Turangi takes its name from the Maori leader Turaangitukau who was the keeper and guardian of the tribal God Rongomai. It is home to the Ngati Tuwharetoa people who settled around Taupo Moana, the inland sea, over 500 years ago.
Following the introduction of brown and rainbow trout in the late 1800s, Europeans began to find an interest in Turangi and until the 1950s, the town stayed a sleepy trout fishing settlement and Maori community.
By 1960 the population had grown to about 500. Historic cottages and lodges remain between the old highway and riverbank on the eastern side of State Highway One.

In the â€œgreat hydro electric power eraâ€ of the sixties bulldozers moved onto ancestral land of the Ngati Turangitukua, sub tribe of Ngati Tuwharetoa on the western side of the highway. Construction started on a new hydro town in 1964 to service the Tongariro Power Development. By 1968, Turangiâ€™s population grew to 6,500.
The town cost $16 million and boasted a state of the art shopping mall, a well-planned grid of streets and a stencil of weatherboard workers cottages. It stands as a fine testament to a model utilitarian town but remains a bland and ugly monument with an empty, soulless, draughty shopping mall dubbed the â€œtombâ€.
It was the vision of Tuwharetoa that New Zealandâ€™s first national park was gifted to the nation in 1887 to ensure the sanctity of the mountain temples of Tongariro.

Tuwharetoa Trust Board director Rakei Tairoa says Ngati Tuwharetoa have always been used to agreements with public access since 1926 when the agreement with the crown and Tuwharetoa Trust board was established.
â€œIf people want to make tracks on private property they will need to talk with the private land owners, most of which outside of the Department of Conservation is Tuwharetoa. The one significant landowner above the Whitikau stream, on the western side of the Tongariro River, is the Lake Rotoaira Forest Trusts. Access was allowed across the land to build the power project, says Tairoa.
â€œCurrently people walk up and down the river now. People go walking and fishing there to enjoy and respect the space, that is wonderful, that is beautiful. What is now going to be proposed is an extension across crown and private land and that will need to be negotiated,â€ says Tairoa. 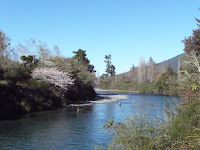 There is no problem if the Trust is approached correctly as landowners but we are used to dealing with the crown or supporting ministry not private entities he says.
Itâ€™s a land of special character and extraordinary beauty at peace in an environment originally shaped by powerful primal forces and deserves to be shared. Tongariro National Park, offers breathtaking scenery and active wilderness experiences in harsh volcanic landscapes.
If the town visionaries fulfil their dream, for every person that now leaves Turangi two more will come and stay instead of passing through. Many will stay longer and instead of driving down that stretch of road, turn off and stop.
â€œOne of the real shames of this country and its wonderful conservation areas is that so few people get to enjoy it,â€ says Upston.