In 2005 the Advocates for the Tongariro River embarked on an ambitious programme to have the river margins in indigenousÂ  planting. The Department of Conservation have fully supported the initiative and drawn up planting plans . It was hoped that when we started that other organisations and individuals would become involved.
We were pleased to receive funding from Waikato Catchment Ecological Enhancement Trust for this project.
A key factor was that a stopbank was to be built in the area.
The stopbank from the Major Jones swing bridge to Poto street was constructed in early 2007.
It has now been planted by Environment Waikato as the photo below shows. 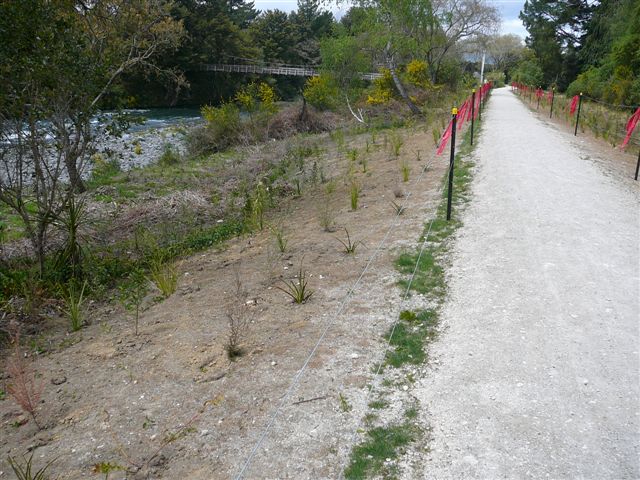 A pleasing consequence of the initial Advocates planting in 2006 has been the initiative of those who live alongside the river in planting on the reserves outside their properties. 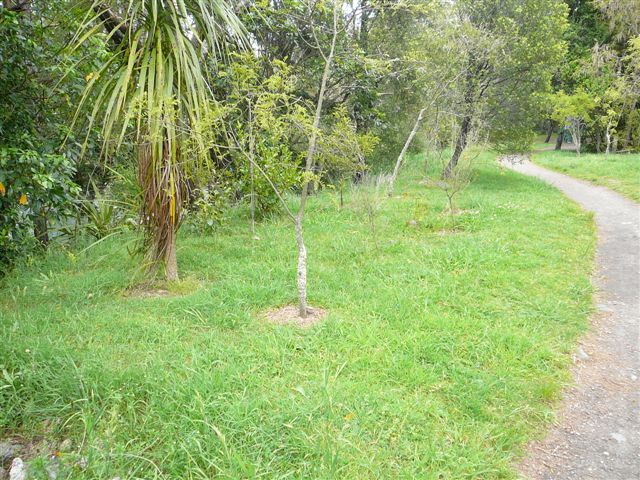 The effect is that an already beautiful track is being enhanced.